Let’s Beach about It! Communication campaign for preventing marine litter

It is estimated that about 80% of marine waste comes from landfills and land activities, while about 20% of waste in the sea ends as a result of (irresponsible) maritime traffic and fisheries. According to the United Nations Program for the Environment (UNEP), only 15% of the marine waste on the sea surface; an additional 15% remains in the water column, and 70% is at the sea bottom. Current estimates show that today there are over 150 million tons of plastic in the ocean. If nothing changes, by the year 2025 the ocean will contain 1 ton of plastic on every 3 tons of fish, and by 2050 the oceans could have more plastic than fish.

The Adriatic Sea is a semi-closed pool with slow streams, making it vulnerable to pollution. The prevailing part of marine waste consists of plastic materials, and micro-plastics is an increasing cause for concern for the degradation of the marine and coastal ecosystems, potentially endangering the functionality of the ecosystem, fishing (fishing) and tourism. So we’re launching the Let’s Beach about It! campaign.

The Sunce Association Split within the ML-Repair project with partners from Italy and Croatia will launch a series of activities aimed at precisely the described problems this year. Croatia, as well as Italy, is faced with the increasing problems that mass tourism brings with it. If we want to maintain our tourism, which is currently one of the strongest economic branches in the Republic of Croatia, we need to synergize on several levels and cross-border. Campaign we are planning to launch with an event on the Split Riva on July 12th 2018 from 6 pm, is named Let’s Beach about It with the slogan All Together for a Cleaner Adriatic. It is a word game that should encourage us to talk about it, to make the moment of leaving the beach as one where we perceive the problem and decide we can make a very positive impact. Every time we start packing to leave the beach, we can look around and we will certainly notice some sort of waste. This waste can be picked up in a second and in this way prevent further pollution of the beach and the sea.

An individual can contribute to reducing the problem. Every time we go to the beach or find ourselves in the vicinity of the sea, it is necessary to find out what kind of damage an accidentally lost piece of plastic, bottle, ice cream, plastic bag, inflated bearings, glasses and the like can cause for the marine ecosystem and consequently health and the safety of people. Hashtag #beaching is used on social networks – follow the campaign!

Summer 2018 will mark Facebook campaigns and web campaigns, media campaigns, radio campaigns, audio-visual materials on ferries and public areas, gadgets and promotional / information materials, national children’s exhibitions and interested public in the Republic of Croatia and Italy, educational workshops and many others activities.

Enjoy the beach, but leave it clean. Everytime you leave the beach pick up a piece of litter, yours and others! 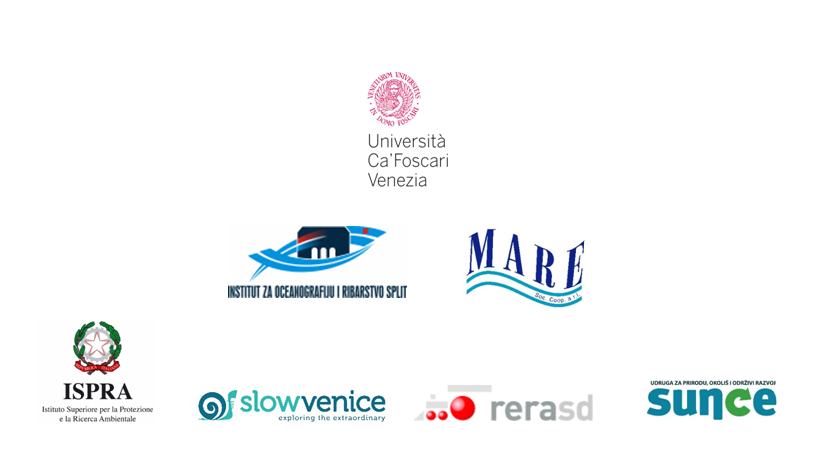